The Ridge Project Management and Geospatial teams created detailed 3D models of the former Debenhams building in Gloucester for the University of Gloucestershire in preparation for a complete transformation of the building.

Ridge used the latest in Leica laser scanning technology and robotic instruments over a four-day period to capture the survey data. The site survey proved challenging, not only due to the sheer scale but also the layout of the building over a total of 11 floors. The building also has limited access due to existing shop fixtures and fittings.

Following the survey, the team amassed a total of over 1,800 black and white scans which were processed using high spec specialist workstations. Upon completion of the data processing, the Revit technicians worked solidly for two months to create an ‘as-existing’ 3D Revit model, alongside topographical information.

The model was issued in several phases, starting with the building facades to inform the planning application works, followed by all internal structural fabric elements such as columns, beams, floor slabs, stairs and lift cores.

Future works include updating the model with more accurate as-existing information relating to the structure upon the removal of existing ceilings, raised access floors and internal partitioning. This will form the main design tool for all proposed design works to inform the architectural regeneration and refurbishment of this former retail site. 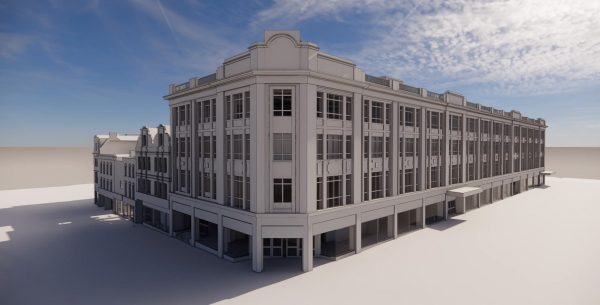 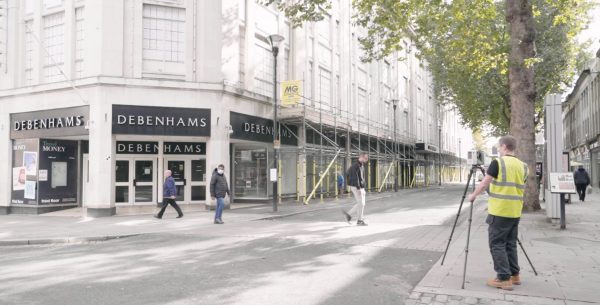 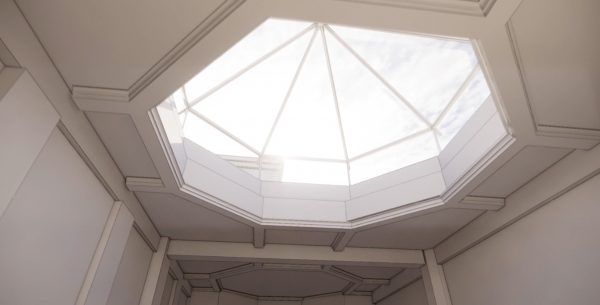 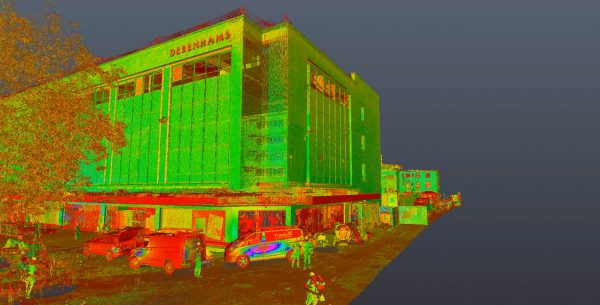